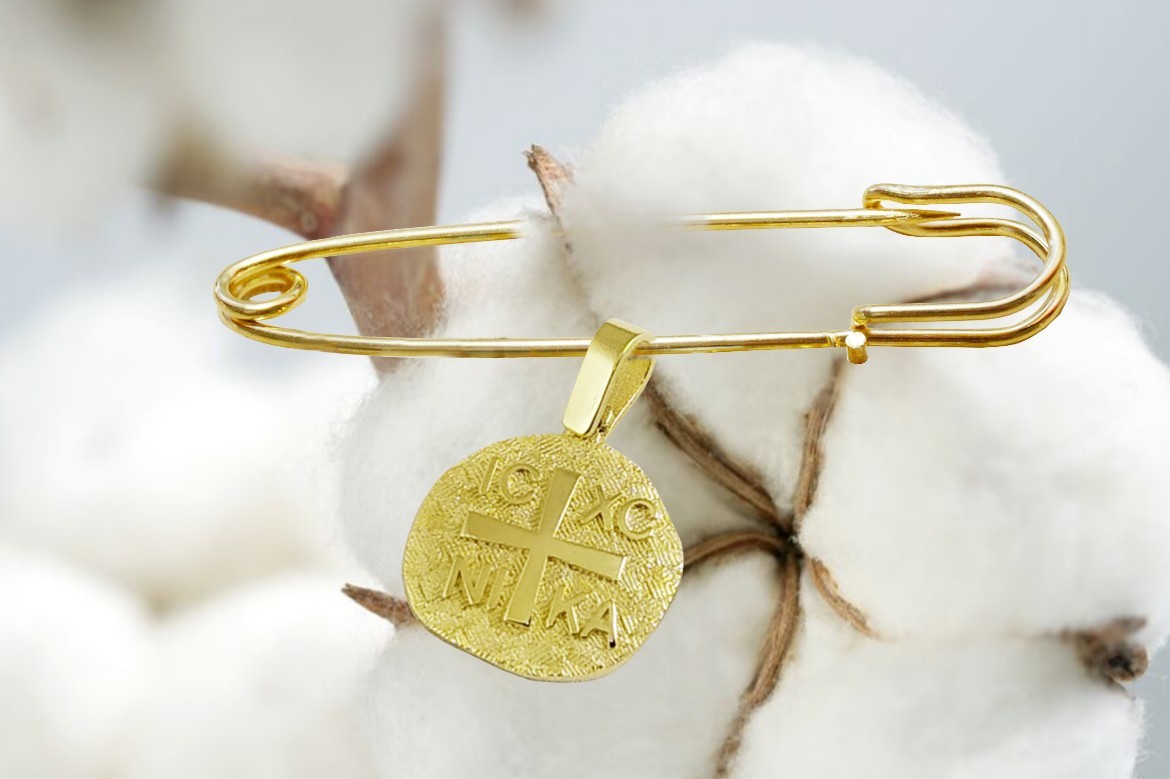 The story of this particular piece of jewelry began when St. Helen found the Holy Cross and ordered it to be cut. The sacred sawdust was mixed with precious metals, resulting in the first Constantin (konstantinato).

The Constantinata pendants are concave coins that have as their main representation the Holy Cross between Constantine the Great and his mother Saint Helen.

The history of Constantinata pendants dates to the beginning of Byzantium and is the gift that is preferred to this day.

Constantinata pendants, is usually offered by grandparents or godparents. It can be offered with a baby nappy pins to be placed in the baby's crib or in his clothes or with a chain to be worn later as a pendant.

While the traditional Constantinato pendant, has the form of a Byzantine coin, its more modern variants may have a different shape depending on the sex of the baby. Squares, for example, are preferred for boys, while for girls, zircon-decorated ones are preferred.

Choose from the MenekouCrosses collections, the Constantinato, for your new precious family member.

You can login with:

You can login with:

 Can not login without email!

 Can not login!

Please contact with us or try to login with another way

Thanks for logging in